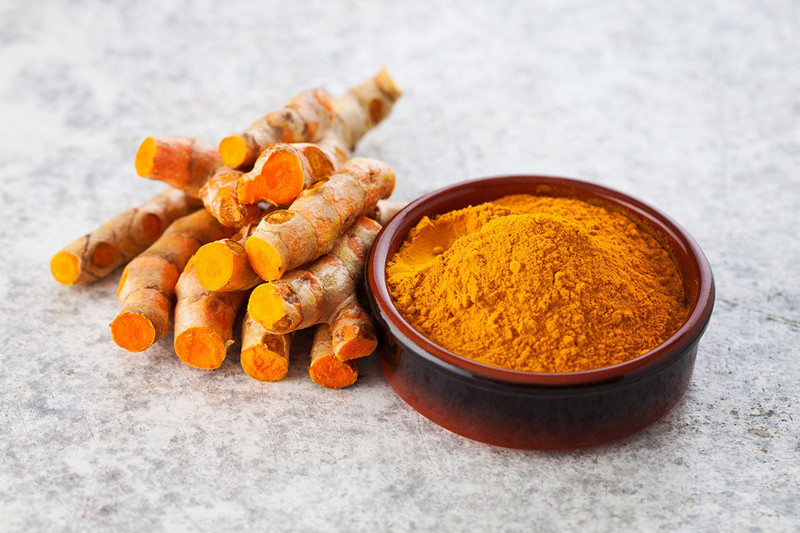 Fight Anxiety and Depression with Turmeric


Nearly 7 percent of U.S. adults have major depressive episodes each year, and nearly half of those are also diagnosed with anxiety disorder… and that’s just the statistics on the people who seek treatment. There are many ways to treat depression and anxiety, but there is a great one that you can add to your arsenal that you might not know about, and that’s turmeric!

Turmeric is a plant. It’s similar in looks to ginger and is native to southern Asia. Turmeric is a part of the curry spice mixture, but isn’t spicy! It does, however, have a distinct flavor and a bright yellow color that just about everyone recognizes! You will usually find it in the spice isle dried and ground up into powder, but it’s available in tea form and in capsule form as well as the root itself. One of the most helpful compounds in turmeric is curcumin, which has many health benefits. Curcumin isn’t easily used by the body due to its low bioavailability, but turmeric has a number of natural oils that increase that bioavailability.

We won’t go into all the benefits of consuming turmeric here, but one thing that turmeric, specifically the curcumin found in turmeric, has been shown to be effective in is boosting both your mood and energy. There is ever mounting research that shows that turmeric helps turn on NRF2,or antioxidant-producing genes. It also helps to inhibit inflammatory enzymes. When the brain detects inflammation, it inhibits and chances the production of neurotransmitters which regulate hormones. These hormones, which include serotonin, for example, are pretty important in regulating your mood. As turmeric helps in many of these areas, it could directly lead to improvement.

Turmeric and the Intestines

Most people don’t think about their intestines when considering anxiety or depression, but again, mounting evidence is showing that there is a major link between your gut health and your mood. Inflammation of the intestinal system or disturbances in the microflora can lead to negative moods and anxiety. Turmeric, with its anti-inflammatory properties and antioxidant properties, can directly help your guts to feel better. The lowered inflammation can lead to a significant change in your mood for the better.

Turmeric, while a great substance, has a limitation: you need to ingest it. The problem is that turmeric (and the curcumin inside it) isn’t absorbed very efficiently when ingesting it with food. That’s not to say it doesn’t help! Just that there are better ways of taking it if you are more interested in the health benefits. Turmeric has many vitamins included with it, over 300 of them! But to get that important turmeric uptake and curcumin, oftentimes it is combined with an uptake enhancer, some of which can increase the uptake by over 2000%. The easy way is to take one such supplement in capsule form. You just have to take a couple of capsules a day with a meal in order to reap the benefits!

Another great way to take in turmeric is turmeric tea. Oftentimes, the turmeric is combined with other great compounds, such as cinnamon and ginger. It’s super anti-inflammatory and tastes great. And you only need to drink one cup a day to enjoy all the benefits that you would from the capsules. Many people prefer this method of turmeric uptake, as you can add other supplements, like coconut oil, almond milk, etc. to your tea to increase your health benefits.

For many people, one, or even a few things are not enough. Combing methods to help combat anxiety and depression is a very viable way to do things. With supplements, it can be more tricky, but if someone is helping their condition with prescribed antidepressants, by taking a turmeric supplement in addition to the antidepressant, they reduce their inflammation and potentially could have a significant decrease in depressive behavior. While more research needs to be made, there are studies out there showing this trend, which could be of significant help to many people.

One of the problems with having depression or anxiety is that it is hard to get motivated to get treatment to get on the road to recovery. But this one is kind of a no-brainer. In any case, whichever type of turmeric supplement someone takes take, they will have a myriad of health benefits and will be able to attack the problems at some of their root causes, rather than many other methods which only attack the symptoms. Get on the road to recovery today with this fantastic, and natural, supplement solution.

It’s not your fault, testosterone naturally decreases with age


Ginger and Turmeric… a Smart Match!